What do you think is at the core of the human development concept?

I think human development is about people being able to meet their aspirations. Aspirations are contextual. They are formed through interactions with a person’s immediate environment and also from what they see happening in the rest of the world. People want to be doing as well as the people they see around them and those that they see further afield, in a variety of ways, not just materially. To sum up, I would say it means meeting their aspirations, where those aspirations are informed by what they see is possible for other people.

Your research focuses on well-being. In what ways does it fit in the human development concept?

My research links strongly to this concept in two ways. One is that well-being – interpreted as people’s satisfaction with their own lives – is based both on what they are achieving and also on what they see others achieving. Hence well-being is very much a relative concept. Whether it is health relativities or material relativities, people’s judgment of their own well-being is very dependent on their perception of how well others are doing relative to themselves. The other area that is related, though this is one on which I have not worked as much, is the concept of worth. The idea that people are living a worthwhile life, people have aspirations about that as well.

Do different sectors in New Zealand’s government collaborate on these issues?

In New Zealand they do. We have a very strong policy focus on well-being, which is still in its early days. People are looking at well-being across a lot of different fields. The New Zealand government’s approach has been very much in line with the Organisation for Economic Co-operation and Development’s Better Life Index approach, emphasizing health, education, social contacts, etc, but with insufficient emphasis (in my view) on people’s longer-term satisfaction with their lives. We see some cultural differences in people’s overall well-being that cannot be fully explained by standard factors such as education, health or material well-being. There must be something more that is going on in those societies, which probably relates to social capital, and in thinking that what they are doing or believing is worthwhile.

You are the inaugural Chair of Well-being and Public Policy at Victoria University of Wellington. Could you explain your role?

There were people around the country conducting work on well-being from different angles, both academic work and in the policy arena. We joined forces and established a new Chair at the university. The new government had campaigned on a well-being approach to policy. It seemed like the ideal time to set up a position to bring together the academic and policy-related strands of the subject.

From your experience in this role, what are the key challenges in articulating academic research on well-being and policy–making?

Governments in a number of countries have tried for some years now to articulate a well-being approach to public policy, but have not come to a practical way of focusing policies on well-being: examples include France, the UK, Australia. The biggest task now is ‘how do you actually make these concepts practically relevant for policy?’

I think governments should think about what actions have the biggest effect on people’s overall well-being in terms of their satisfaction with life. The impacts can be on momentary well-being and/or longer-term life satisfaction. Cost–utility analysis or cost–well-being analysis is a useful approach conceptually. For instance, we know that improving mental health has a much bigger payoff than improving physical health when it comes to well-being. Yet, most countries greatly underfund their mental health services and overfund their physical health services, relatively speaking. Armed with that sort of knowledge you can then indicate, in practical terms, that we should be redirecting public spending away from physical health towards mental health. Politically, it is more difficult. What is key is bringing to bear the research that we have on these topics, to really emphasize some of these practical policy priority decisions.

Do you think this trade-off between different dimensions can be applied in other fields, such as the Sustainable Development Goals?

I have to say I am not a fan of the SDGs. I was quite a fan of the Millennium Development Goals because there were only a few. I have always believed that for policy purposes, you need to focus on a few key aspects. For example, when I was at the Reserve Bank, we advised the Central Bank to concentrate on one thing: getting inflation under control. I have always believed that if policy tries to focus on lots of things it basically achieves nothing. In the case of the SDGs, you can always say you are achieving some objectives but then you ignore others; there are so many of them, which ones would you put resources into?

Regarding the current health crisis, what would you say are your first observations? How does it impact our approach to well-being and human development?

One of the big things in the well-being literature is the importance of family and friends and social contact and the community. I mentioned before how we have some groups in New Zealand with a much higher well-being than expected given their material circumstances, which could be explained by social capital; I think that is going to be one of the biggest things that makes or breaks people’s reaction to the current situation: what it does to communities. We have seen for instance in this country some strengthening of certain communities in terms of action over beating COVID-19; it has united communities, and so in some sense, it could be quite a strong community development outcome. And yet I can imagine if it gets out of control, then it could also lead to a breakdown either within or between communities. So, it seems to me that one of the big tasks is to be highlighting how we can strengthen communities; there could be long-term payoffs that could lead to greater community strength that can be used for other purposes once this is overcome.

Do you think there is something universally shared in the concept of human development? Although the challenges are very contextualized, do you think it is relevant to speak of it as a shared conceptual framework?

I think it does. What individuals aspire to in human development really relates to anybody in the world. Increasing their aspirations and hoping that they meet their aspirations, that is a broad concept that can be applied well to people around the world.

Nevertheless, individual aspirations are rooted in cultures. At the big picture level, people aspire to the same sorts of things. They want to be materially comfortable and have good health and be in good societal relationships, but then there are some cultural nuances to that. Different cultures emphasize different aspects more than others. For instance, I have done some work on how the Maori indigenous population values things relative to the dominant European population in New Zealand. There are not huge differences, but there are differences of nuance, for example with regard to the environment.

In relation to the whole measurement system of development, to what extent do you think the Human Development Index, the Multidimensional Poverty Index and the well-being index provide a good measure of human development?

All these measures are positively correlated with each other, and with the OECD’s Better Life Index. I think they are useful but I would not hang my hat on any one of them. For instance, the Human Development Index (HDI) puts a lot of emphasis on education, which I think overstates its importance. These indices tend to reflect the tastes of the people who put them together, and well-educated people put these things together, so education always figures quite highly. We think it is great that people have a good education and lots of schooling, but the literature suggests that it is not all that important for well-being other than its income-generating powers. I take each index with a bit of a grain of salt, but I still find each of them useful. What is particularly useful is choosing a particular index and then examining it for its distributional properties. For instance, you can learn a lot from the gender-specific HDI or, as we have done in New Zealand, from our version of the Better Life Index when it is calculated for different parts of the population either by ethnicity, by age or by gender. We are not sure which approach is actually the best measure of well-being but whichever measure we use we can observe disparities that can be addressed.

These different proxies are telling you different things and you might learn something from each of them. It is also worth noting the usefulness of historical consistency. One of the nice things about the HDI is that you can compare it over time. The World Values Survey, which includes a measure of life satisfaction, has been around for 30 years or so as well, that is really useful.

Do you wish to make any additional point?

Yes. We see in the life satisfaction literature – at least for most developed countries – a U shape in life satisfaction by age. Young adults are very happy and similarly people who are in their 60s and upwards are very happy. By contrast, people in midlife are much less happy, and this issue seems to be really underplayed in the human development literature. We tend to think of middle-aged people as being people with resources and lots of opportunities, but there is a paradox here that we really have to look at. I think it has got to do with overwork and stress, because many of these people are overworking. Maybe they are in fact relatively underprivileged despite their material well-being status. 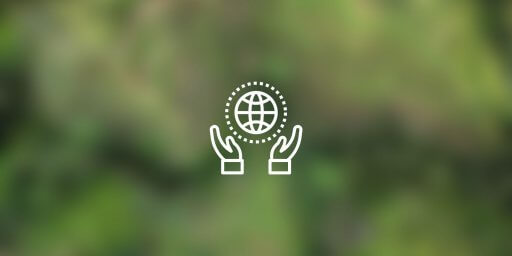