In a severe crisis societies are, broadly speaking, pushed in two, opposing directions. On one hand, uncertainties, scarcities and unanticipated developments trigger defensive and divisive moves in individuals, businesses and states. On the other, severe crises make social interdependence and the unanticipated costs and benefits of actions dramatically visible, thereby creating opportunities for bold policy measures that foster social resilience. This includes both  mitigating short-term negative social, economic and political impacts and  advancing more long-term social goals, such as alleviating poverty and fostering equality.

All the sciences have key roles to play in helping to understand how to avert defensive reactions and to maximize the space for solidarity and cooperation. Crisis situations demand rigorous investigation of the issues and contexts, and sound evaluation of policy options and opportunities. Science-based public policies can contribute to enhancing social resilience,  strengthening social cohesion and furthering social progress.

Abrupt crises tend to aggravate old vulnerabilities and create new ones. Some of the social vulnerabilities that need to be tackled now and in the post-COVID-19 world have existed for a long time. These concern the millions of people who were already living in poverty or lacking adequate housing, food supply, basic education, or health provision. Under present circumstances, the shortage of such minimal capabilities is likely to become , more severe, exacerbating already serious humanitarian problems and creating new dilemmas for public authorities around the globe. Furthermore, the post-pandemic world will see the emergence of waves of newly vulnerable people. Many individuals, families and groups that previously enjoyed stable conditions will have their ways of living and livelihoods deeply disrupted by the ensuing economic depression. Precautionary behaviour will likely have a lasting effect on the consumption of goods and services that require physical interaction or proximity. Travel, tourism and all kinds of social leisure, like cinema, theatre and concerts, will be heavily impacted. The same is true for small shops and street vendors, as well as domestic service providers. Since these sectors are labour intensive, recovery from the spike in unemployment is likely to be exceptionally slow, possibly compounded by accelerated introduction of highly efficient artificial intelligence technologies which have the potential to replace both manual tasks and many requiring managerial judgements. These problems will be particularly acute in societies already characterized by a strong degree of economic inequality and social hierarchy, where the reduction of service consumption by higher social strata will deeply hurt lower strata service providers.

If measures to rescue the market are taken without attention to old and new vulnerabilities, they not only risk failing economically, they will also aggravate the humanitarian crisis. Indications in recent weeks are that the large group of informal labourers who lost temporary contracts or who are simply no longer able find errand jobs will be joined by a growing number of laid-off workers in the formal sector. Even before the current crisis the precariousness of labour was increasing, as much of its bargaining power has been curtailed under neoliberal regimes. Swelling the already large numbers of people on the fringes of the market, the new contingent of vulnerable people will play a critical role in the shape of the post-pandemic world. Being suddenly deprived of their usual means and ways of living, they could be the mainspring for either progressive or regressive moves.

Social cohesion might be seriously compromised if short-term strategies to address people’s needs are based on national, ethnic, religious or any other potentially divisive principles. This would likely prolong the uncertainty and could even contribute to polarization, discrimination, and other responses that are to conducive the populist appeals that tend to emerge in times of depression.

Tension and inequality could be further exacerbated if reactionary policies deepen North/South divides. The impulse for immediate redirection of supply chains so as to avoid international  dependency is a plausible choice for individual firms, but is a measure that could slow down and even threaten global recovery. First, even if a few countries can afford the luxury of closing their markets to protect their citizens and their economies, this strategy clearly depends on the exploitation of collective goods: even the richest countries benefit from scientific and technological resources which are the fruit of the effort of the global community of knowledge workers. Second, the model of national economic independence often relies on cheap labour supplied by foreign migrants driven from their own countries by economic inequalities, creating the very conditions that allow for free-rider behaviour portrayed as self-sufficiency.

The COVID-19 crisis has the potential to foster social resilience and cohesion. The realization that epidemics, while acutely affecting the worse-off, produce obvious, unwelcome costs for society more broadly, has historically been a key factor in prompting collective, and international, initiatives that have furthered the common good. Notable examples are the parish assistance schemes in response to the epidemics that afflicted medieval Europe, the health systems established in the aftermath of both World War I and the following ‘Spanish flu’, and the welfare state models developed after World War II.

Today we are in a position to apply what we have learned from past experience with health and economic crises. We know that science, as a force for the global public good, must play a decisive role. Closer collaboration between natural, life and social sciences will greatly enhance the production of relevant and timely knowledge to tackle existing and emerging social vulnerabilities.

The communication revolution the world is experiencing has set new parameters for social and professional interaction that are here to stay. If it is true that trade is suffering a severe blow, the flow of information, knowledge and ideas has not slowed down; evidence suggests that it has even intensified. The retreat to national borders as an instinctive defence strategy is a threat science must be ready to combat, given that a sustainable and equitable future for all demands global solutions.

This is not to deny that there is much to be done to shift global development in more equitable directions for all. Achieving a more just and sustainable post-COVID-19 world may involve, for example, finding more efficient ways to prepare societies for new epidemics, learning how to provide adequate healthcare in time, adapting our modes of production and consumption to reduce the risk of epidemics, etc.

As in other moments of great uncertainty, society looks to science in anxiety and hope. It is to be hoped that there will eventually be vaccines to fight COVID-19 and other viruses. But the more fundamental challenges that science must respond to, in order to deal with crises and pave the way for reconstruction, are social and cultural in nature. Understanding people’s perceptions and behaviours is crucial for understanding consequent epidemic penetration through the population and its impacts. Equally important is an understanding the beliefs, attitudes, norms and patterns that mould people’s actions and their interactions with institutions. Without insight into the social and cultural dimensions of crises, there can be no truly science-based public policy.

Elisa Reis is Professor of Political Sociology at the Federal University of Rio de Janeiro (UFRJ), and chair of the Interdisciplinary Research Network for the Study of Social Inequality (NIED). Elisa is also Vice President of the ISC.

Photo by Anastasiia Chepinska on Unsplash 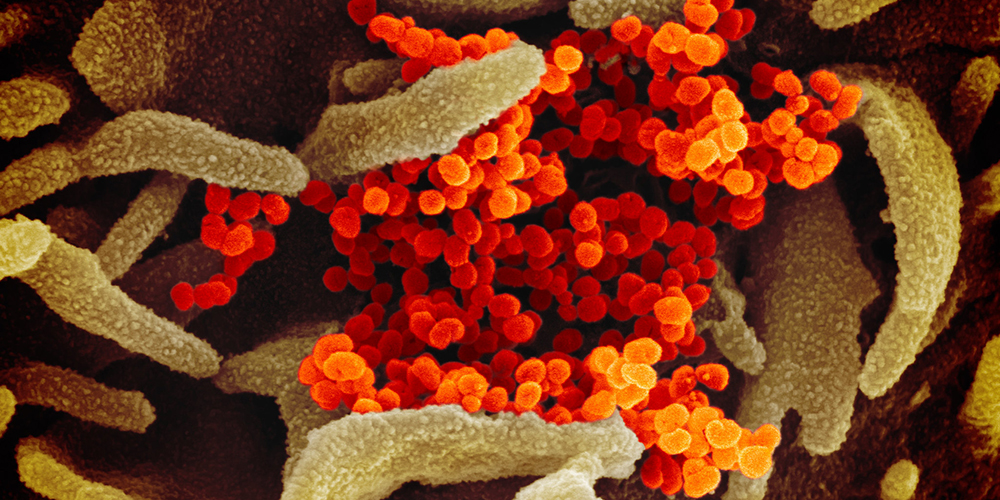 Rebooting Science Diplomacy in the Context of COVID-19