To get this process underway, five different ‘mission areas’ have been identified, each representing a crucial area for research in the coming years. They are: adaptation to climate change including societal transformation; cancer; climate-neutral and smart cities; healthy oceans, seas, coastal and inland waters; and soil health and food. Each of these mission areas is being further explored throughout 2020 in order to develop specific missions and targets for 2030. A few weeks ago, the Mission Boards tasked with overseeing the five mission areas published their interim reports, which are intended to provide a first basis for further consultation, before final advice is published in late 2020.

We spoke to Pascal Lamy, Chair of the Mission Board for Healthy Oceans, Seas, Coastal and Inland Waters, to find out more about how this mission is shaping up.

You’re no stranger to the area of research funding, having led the independent High-Level Group on maximising the impact of EU Research & Innovation Programmes which reported in 2017. What’s different about the ‘missions’ or ‘moonshot’ approach?

The idea of ‘moonshots’ is partly inspired by the Apollo missions, which provided a clearly defined focus for science and technology development, but also managed to draw investment and to capture the attention of the public. It’s about better connecting science to the public. This is really needed at this time, especially given that trust in science has declined in some countries such as the US.

The Mission Board for Healthy Oceans, Seas, Coastal and Inland Waters has just published its interim report. What are the key points of the interim report, and what happens next?

The Mission Boards have been asked to frame missions, and then to develop very precise actions and targets that can create a focus for scientific research and more generally for public policy.

We have reached the end of the first phase, which was about tabling a first version for the missions. That version has been refined and has been out for public consultation since August. Most of the scientific community has already been engaged in these discussions.

The mission has five main objectives, which are framed around the metaphor of a starfish. We chose a starfish because it’s something easily recognisable, and all the five legs are connected. The five ‘legs’ for the mission are: Zero Pollution, Regeneration of Habitats, Decarbonisation, Knowledge and Ocean-literate Societies, and Governance.

There are still a lot of unknowns to do with the ocean – for example around microplastics and their interaction with marine ecosystems. These missions will be about filling the knowledge gaps that remain, such as those relating to physical, chemical and biological interactions with the atmosphere, as well as gaps relating to awareness and education.

The next phase will be about citizen engagement, and then the second version will be tabled at the end of this year. Fifteen major actions will be proposed, each with specific targets for 2030, and checkpoints in 2025.

The interim report notes that investment in research and innovation in the EU to underpin sustainable ocean action is lagging behind. How will that be resolved?

Horizon Europe, which is the part of public funding coming from the EU budget, represents around €90 billion, i.e. 15% of public funding for research and innovation in the EU. Missions should represent 10% of Horizon Europe, and, more importantly, trigger a new wave of policies and public and private investments and programmes to support the actions towards the targets. In the short-term, it should contribute to the EU part of the post-COVID stimulus, including job creation. For example, in our case, the construction of hundreds of water and waste treatment systems, or decarbonisation of coastal tourism, or de-damming of rivers.

What we call the “aquasphere” is obviously connected at the international level, and working towards a healthy ocean and regenerated water systems is a big issue for global governance. The Mission Board has been interacting with other partners such as IOC-UNESCO. There is a big challenge for coordination, but filling the knowledge gaps that remain requires a global response, and in our view the EU should take the lead on this.

The pre- final recommendations of the Mission Board will be handed over to the European Commission at the European Research & Innovation Days on 22 – 24 September 2020.

Find out more about the mission area of healthy oceans, seas, coastal and inland waters and read the interim report from the Mission Board here. [NB: a new version was circulated at the beginning of August].

Pascal Lamy is Chair of the Mission Board for Healthy Oceans, Seas, Coastal and Inland Waters. Lamy holds an MBA from HEC, and also studied at Sciences Po, and ENA. He began his career as a civil servant in the French Inspection générale des finances and in the Treasury.

He subsequently became an advisor to the Finance Minister Jacques Delors, and then to Prime Minister Pierre Mauroy. In Brussels from 1984 to 1994, he was Head of Cabinet to the President of the European Commission, Jacques Delors, including the role of G7 Sherpa.

In November 1994, he joined the team responsible for the rescue of Credit Lyonnais, and later became CEO of the bank, led at the time by Jean Peyrelevade. From 1999 to 2004 Pascal Lamy was EU Trade Commissioner under Commission President Romano Prodi. Between 2005 and 2013 he was Director General of the World Trade Organisation.

The ISC has launched a call for inputs to shape a priority action agenda for science for the Sustainable Development Goals, and is currently collecting input from the scientific community on what science needs in order to maximize its impact on the achievement of the SDGs in the next decade. Submit your input by 2 October 2020. 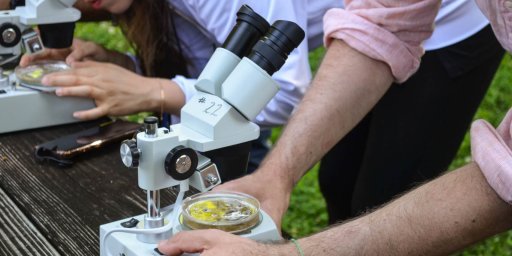 Printing solutions to pollution at sea

Inside the fight to save the Great Barrier Reef

The year of the quiet ocean