It has been two years since the UN Climate Change Conference (COP25) in Madrid. What has happened in those two years? Primarily, we have all experienced a worldwide health crisis with the COVID-19 pandemic. You may all be asking the question: why hadn’t we been warned?

In reality, we had been warned!

“Promote strong and resilient health systems, reaching those who are vulnerable or in vulnerable situations, and capable of effectively implementing the International Health Regulations (2005), 11 ensuring pandemic preparedness and the prevention and detection of and response to any outbreak.” (UN, 2019)

This declaration was a reminder of commitments made 15 years previously, which the Heads of State had not yet acted on: governments had not built a resilient structure around health response. This would become glaringly apparent when COVID-19 emerged less than four months after Heads of State agreed the text above, and the pandemic devastated individuals and communities, overwhelmed healthcare systems, and halted economies.

We mention this as an introduction to our comments on building disaster risk reduction and resilience as part of the current process during the COP26 Climate Summit. We have been warned about the dangers of climate change as far back as the 1972 UN Stockholm Conference on Human Environment. It has taken us 50 years to build the political will to make the commitments that might… just might enable us to keep under a 1.5°C increase on preindustrial times.

What happens at a Climate Summit?

For readers who have not attended a Climate Summit, we would like to share a glimpse of the four major types of activities that occur.

First, the Climate Summit generally involves a review of previous commitments. A commitment under review in 2021—originally planned for 2020—is the allocation of an annual $100 billion to help developing countries deal with mitigation and adaption issues.

Second, countries aim to report their Nationally Determined Contributions (NDCs). Around 119 countries have submitted new NDC targets during COP26, which have been the focus of many headlines during this Summit. These commitments bring the projected temperature increase by the end of the century to between 2.7°C and 3.4°C. While this temperature increase is lower than the projection of 4-5 degrees rise in the 2000s, we are not yet anywhere near the 1.5°C target. As the August 2021 IPCC report warned, the 1.5°C target should be our priority to avoid catastrophic consequences.

We spoke to Adam Scaife, Head of Long-range prediction at the UK Met Office, to find out more about predicting temperature increases over the next decade and beyond.

The third activity is the work under the different subsidiary bodies of the UNFCCC. Under the Paris Climate Agreement, Article 6 focuses on carbon markets, which are absolutely critical to creating an integrated way of not only addressing trading between countries, but also between companies. There are also other negotiations on a broad range of issues such as gender, transparency, data, agriculture, national adaptation reports, and many others.

The primary participants of these negotiations are governmental party delegations. However, more recent UNFCCC structures have allowed for greater stakeholder involvement under the Paris Agreement recognition that stakeholders can — and should — play a significant role in reducing greenhouse gas emissions. These constituencies fall under the categories of NGOs (business and industry, environmental, farmers and agricultural, research and independent [NGOs], trade union), indigenous peoples’ organizations, local government and municipal authorities, women and gender, and youth.

Finally, the Climate Summit facilitates the voluntary commitments that ‘Coalitions of the Willing’ create with groups of governments and/or stakeholders. Examples include the Glasgow Financial Alliance for Net Zero (GFANZ), the Powering Past Coal Alliance (PPCA), or the Coalition to end deforestation by 2030.

Within the climate space, coalitions advocate for addressing various themes that resound throughout the Climate Summit. This part of the Summit is a global ideas festival happening around the central fulcrum of negotiations. There are pavilions on water, agriculture, energy, and resilience, as well as those by countries, UN Agencies, and stakeholders. This year, recurrent interlocking themes of health and resilience were part of many Summit presentations and discussions. The WHO launched the 2021 health and climate change global survey report at COP26, among a packed schedule of activities. This survey of 95 countries found that 67% have conducted or are currently conducting a climate change and health vulnerability and adaptation assessment. The report highlighted that the COVID-19 pandemic, insufficient climate financing and deficient resources are major barriers to protecting vulnerable groups from climate change impacts. Cross-sectoral collaborations, however, provide hope for resilience work as we commit to the social and structural determinants of health related to climate change.

The Climate Vulnerable Forum that happened in early September, the Dhaka-Glasgow Declaration, raised issues on finance and the need for balanced funding for both adaptation and mitigation and Loss and Damage. This forum neglected to address other relevant governance issues – particularly for the most vulnerable – in the area of risk reduction and resilience. One of the crucial missing keys is a global vulnerability index. UNDP developed a vulnerability index for small island developing states (SIDS), but outside of SIDS, we are lacking an index that might help other countries to address the most vulnerable in their communities.

In many cases, the pavilions reflect the themes within the policy discussions of the negotiations. Discussions on disaster risk reduction and resilience can pervade across these conversations and may be more apparent when thrown into focus by a current disaster experience; this year, the fires and floods in Greece, or the floods in Afghanistan, China, Germany, India and Turkey were in recent memory.

Within these discussions on resilience, there is clearly work under the Loss and Damage banner within the establishment of the Santiago Network, which had its first meeting on the 31st of October and will be an ongoing space to develop input for future Climate Summits.

The UN Disaster Risk Reduction (UNDRR) process aims to bring together governments, partners, and communities to reduce disaster risk and losses and to ensure a safer, sustainable future. However, UNDRR and its stakeholders and its processes has yet to engage as a major player within the UNFCCC process. The UNDRR and UNFCCC process should be mutually supportive of each other, as should the UNFCCC and the UN Convention on Biological Diversity.

At COP26, the UNFCCC Race to Resilience campaign launched a metrics framework for subnational governments in urban, rural, and coastal cities or communities. The goal by 2030 is “to catalyse action by non-state actors that builds the resilience of 4 billion people from vulnerable groups and communities to climate risks.” The focus is on people and natural systems to address gaps in resilience, a marked change from prior strategies focusing on assets.

There is a very interesting constellation of UN meetings in 2022 and 2023 which could advance a more integrated agenda. In May 2022, UNDRR will host the seventh session of the Global Platform (GP2022) in Bali. This will be followed in June by the Bonn UNFCCC meeting, which will lead into the Egypt Climate Summit in November. The following year, the Sendai review could recommend a vulnerability index to the UNFCCC, which could be endorsed by the September 2023 Heads of State Review of the 2023 Agenda and the November Climate Summit.

In all of these diplomatic discussions and processes, a critical point should not be missed: vulnerable groups bear the disproportionate burden and impact of hazards and disasters. While gains have been made to create a more inclusive structure for stakeholders within the Climate Summit, much work to improve this remains. We need to build more effective mechanisms to engage a wide depth and breadth of stakeholders — including women, youth, indigenous and other groups — in the discussions on building resilience. By reducing the impact of disaster over time, we can ensure that in building resilience, we are in fact leaving no one behind.

Emily Gvino is an environmental planner and public health professional, recently graduated from the University of North Carolina at Chapel Hill’s Master of Public Health and Master of City and Regional Planning dual degree program. Her work focuses on the intersections of climate justice, disaster resilience, health, and environmental planning.

Felix Dodds is an Adjunct Professor at the Water Institute at the University of North Carolina and an author of over twenty books. His latest is Tomorrow’s People and New Technology:  Changing How We Live Our Lives. Felix publishes a regular blog where he comments on sustainable development, coffee & life. 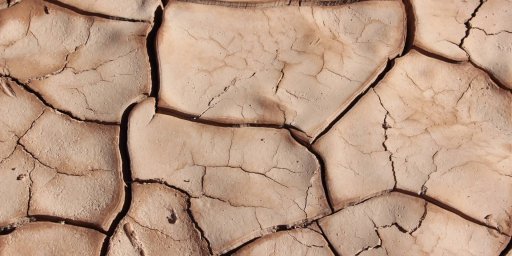