From its earliest beginnings in the 19th century, the bicycle has come to be one of the most widely used and most recognisable inventions in the world.

Around 42% of all households worldwide have a bike – more than have access to a car or motorcycle. While there are big differences in bike ownership between countries, bikes are more common than cars at the global level, and used for sport and recreation as well as being an affordable mode of transport.

Cycling is not only good for human health and wellbeing, but can also help to reduce pollution and lower emissions as a method of sustainable transport.

That’s why in March 2022 the 193 members of the UN General Assembly adopted a resolution promoting cycling to combat global warming. The resolution recommends that all Member States integrate bikes into public transport methods in urban and rural settings and take action to improve road safety and promote the use of cycling as a method of transport.

There is compelling evidence in favour of encouraging cycling as a way to reduce the number of cars on the road and thereby reduce greenhouse gas emissions and pollution. Improving bike infrastructure comes out strongly in a recent comparison of different methods to reduce car use in city centres. Based on a study of different interventions used in European cities, traffic control methods such as creating car-free streets and replacing parking spaces with bike lanes has been found to lower car use in city centres by up to 20%. Planning for improved bike infrastructure around large workplaces, such as universities, was also found to contribute to reductions in car use.

In Mexico City, the long-standing EcoBici bike-sharing scheme has been found to reduce 8% of taxi use and 5% of private car use, removing 499 tons of CO2. What’s more, 82% of users have reported positive changes such as saving money and getting fitter. In a city in which the car is a status symbol, the EcoBici scheme was introduced with a campaign to promote cycling as aspirational – the ‘intelligent way to travel’.

At the height of the COVID-19 pandemic, the rapid creation of new bike infrastructure and car-free streets in many cities, such as Paris, France, and Bogotá, Columbia, provided an opportunity to test out the hypothesis that improved infrastructure would lead to an increase in cycling. Findings suggest that the policies were successful in creating a large increase in urban cycling, leading some cities to make their new infrastructure a permanent feature. Whether or not the increase in cycling can be sustained beyond the exceptional context of the pandemic remains to be seen, but this urban experiment has proven that societies can transform their behaviours quickly in the face of a crisis.

Cycling as a mode of sustainable transport provides an opportunity to decouple growth from emissions in urban areas. However, many studies on cycling originate from the Global North, from cities such as Copenhagen and Amsterdam where cycling infrastructure is very well developed, and there is less evidence available from cities in the Global South. Research points to challenges for further development of cycling infrastructure in the Global South such as lack of funding, opposition from motorists and marginalization of those most likely to benefit from improved bike infrastructure – the urban poor – in policy processes. There may also be perceptions about cycling that hinder uptake and barriers associated with access to bikes.

However, with urbanization increasing, there’s an urgent need to think beyond car-centric planning, and build sustainable transport systems that integrate safe and accessible cycling. On World Bicycle Day, let’s hope that the new UN resolution to promote cycling makes a difference.

Pathways to a sustainable post-COVID world – reports from the IIASA-ISC consultative platform.

Image by Markus Spiske on Unsplash 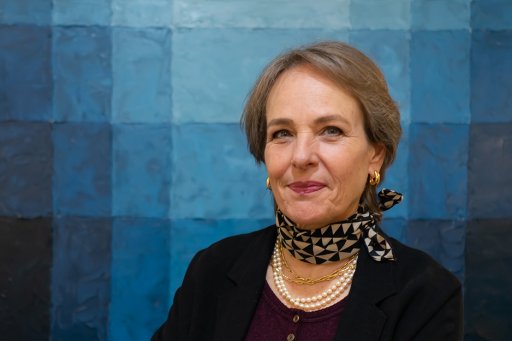