How can a city track policy and development success without locally generated and embedded data or standard metrics? In the warren of informal settlements in and around Luanda, Angola, and Maputo, Mozambique, researchers are bringing together communities and local government to coproduce the data they need to better pursue a development agenda.

At the turn of the century, Angola’s economy – underpinned by oil— boomed. But the influx of new investment combined with the country’s conflict-laden history and poor existing infrastructure has meant rapid urbanisation and uneven, often haphazard development.

Luanda, the national capital – and Africa’s most expensive city – is a microcosm for this patchy development, with informal settlements springing up next to colonial architecture, and a suburban sprawl that continues to grow ever-outwards. Over seven million people live here and, according to Homeless International, around 75% of residents live in informal settlements characterised by limited resources and municipal services.

On the east coast of Africa, Mozambique’s capital Maputo parallels this picture in many ways. Post-war, the country is relatively stable and has enjoyed roughly 6-7% annual economic growth in the last decade. Still, older parts of the city bear the scars of conflict – potholes and crumbling buildings – and informal settlements have blossomed to fill the gaps in accommodation close to economic opportunities.

In simplest terms, living in these settlements means living with limited or non-existent water, waste and sewage systems, partial electrification, overstretched services, overcrowding and massive transport gaps – all of which are compounded by a huge blind spot in city and municipal data in both countries. For instance, only one nation-wide census has been conducted in Angola since independence in 1975, but its data was not locally disaggregated.

Against this background, city planners and local governments are expected to create and execute on development policies, including national plans and the 17 Sustainable Development Goals (SDGs) of the global Agenda 2030.

But how can you track success without metrics? And how can you plan for interventions without recent, reliable, local-level data? The short answer is that policy creation based on outdated census information (or similar) likely means rolling the dice on the applicability and feasibility of any implementations that follow.

This is the core problem identified by Sylvia Croese and a team of inter-disciplinary researchers working on a LIRA-funded project entitled “Co-producing urban knowledge in Angola and Mozambique through community-led data collection: towards meeting SDG 11”.

Dr Croese originally hails from Angola, and has been working in urban-focused research there, and in South Africa where she currently resides. Her primary academic affiliation is with the African Centre for Cities (ACC), located at the University of Cape Town. For this research, she connected with other academics at the Centro de Análise de Políticas at Eduardo Mondlane University in Maputo and practitioners at the NGO Development Workshop Angola. Both organizations are members of the knowledge network African Urban Research Initiative (AURI), the secretariat of which is hosted by ACC. As a result, Croese created a distributed team able to operate in the six peri-urban settlements identified (three in each of the two Lusophone cities).

Together they have the trans-disciplinary expertise to generate both quantitative and qualitative data related to the indicators of SDG 11, which focuses on sustainable cities and settlements. The team ultimately hopes to add to the monitoring of existing city policies and the formulation of new ones through mapping data, collating statistics, and identifying narratives collected through surveys, workshops and focus groups, as well as fostering connections between communities, civil society, and the public sector.

Critical to their approach, Croese explains, was the realisation that some localised data is virtually impossible to generate “using traditional methods like census data or satellite imagery”. In these cases, incorporating qualitative data was essential, as was getting into the field. They needed to talk to real people living in the settlements, to hear their stories, and capture their experiences.

While in Maputo the field work is kicking off in earnest in 2019 (having been pushed back in response to local elections), work in Luanda is already at an advanced stage, having progressed through literature review and stakeholder workshops, to the baseline surveys and focus groups in each of the three ear-marked municipalities, as well as the analysis thereof. The team worked hard to bring together a broad range of community members representative of the neighbourhood makeup, including women, youth, the elderly and people with disabilities. This additional layer of community inclusion allows the team to interrogate and correlate quantitative data in focus groups, while providing a space for the sharing of qualitative responses grouped broadly into four key themes: environment and public spaces, basic sanitation, transport, and questions around participation. “We worked to create an open space where people felt at ease to share anything that they wanted to share,” Croese says.

In the early stages of these interactions, communities or individuals sometimes appeared to have an expectation that the researchers had arrived to “solve” their problems. It was key for the researchers, then, to shift this to a discussion about knowledge and solution co-production. “I tried to ask for examples of things that [participants] had already achieved as a community themselves, focusing on what worked and what didn’t. There are many examples of [participants] supporting each other.”

By tapping into the social networks and governance structures already in place within these communities, the team have been able to include the very people who are the focus of urban policies yet whose input is frequently not taken into account in their formulation.

Over and above data generation, the team is working towards a new methodology for implementing and monitoring urban development goals. The project is creating new connections and strengthening existing ties in both cities, and the 2019 phase will see cross-city learning and collaboration too, bringing together two major Lusophone cities on the continent.

Throughout, the matter of contributing to evidence-based plans and policies is the golden thread, as individuals can only achieve so much without formal support. “If they [communities] want to scale up (efforts) or develop infrastructure, they will need to work with the municipalities.”

Given this, the Luanda team has roped in many key city-level stakeholders including representatives of the National Office of Statistics, the Urban Upgrading Office for Luanda (GTRUCS), and the Ministry of Planning and Housing. “The relationship with the National Office of Statistics is particularly important,” Croese says, and she hopes the co-production methods will become embedded in state and city projects in future.

In both locations, says Croese, “there is often a big gap between the wording and aspirations of existing policies and the way that things are actually done. The project is trying to narrow the gap between (a) the centralised and top-down methods of urban planning and development, and (b) grounded practices at local level.”

While the research is on-going, there is evidence of potential trends beginning to reveal themselves. “What came out clearly for me […] is how context-dependent everything is,” Croese says. “Even when you are talking about the same city, the differences between neighbourhoods are such that some specific policy or SDG targets are more relevant than others. The history of each neighbourhood, the workings of local government structures and the characteristics of the location itself, all differentiate and influence this. In policy and planning, you really need to take this into account.”

Additionally, the team has new insight into what needs to be in place in order get the required data and, says Croese, “what needs to be taken into account if you are serious about implementing the SDGs”. This, she explains, allows information to flow back towards the global policy agenda, and for academics like herself to critique that agenda constructively.

Their next steps include ramping up the Mozambican engagements, as well as publishing academic articles in both English and Portuguese. “It is important to publish in Portuguese to keep the outcomes accessible to local audiences and researchers,” she says.

“At the end of the day, it is critical that the project generates data that can be used either for formulation of policy or tracking of certain policies. More than that, I hope that the work will strengthen existing structures or lead to new structures bringing actors together. The success of any kind of development agenda will depend on these structures and how sustainable they are.” 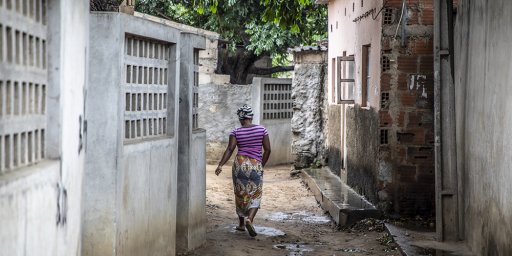 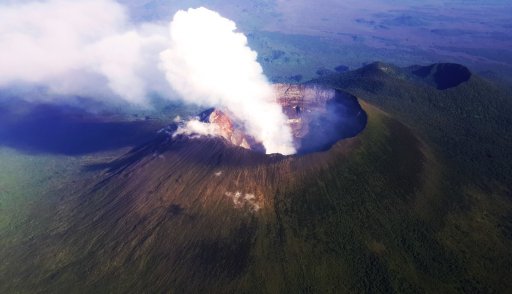 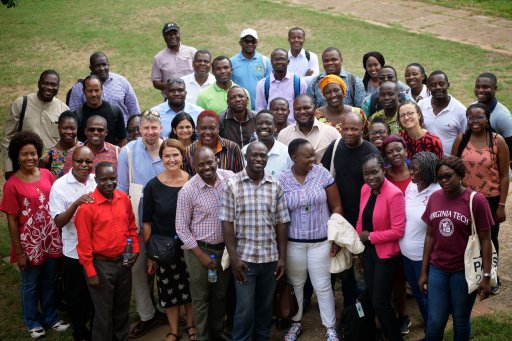 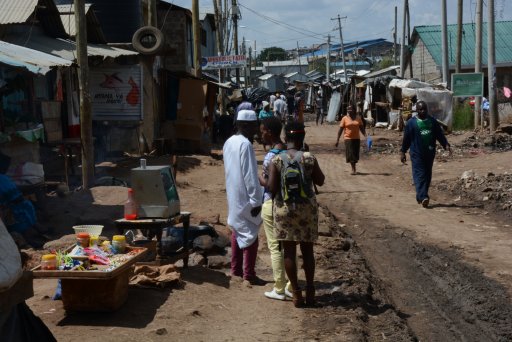 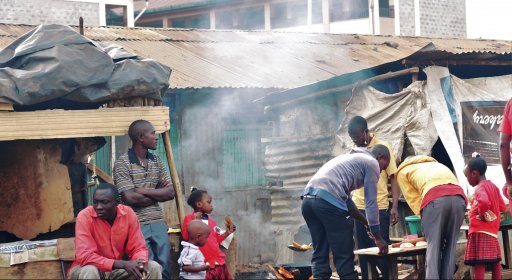 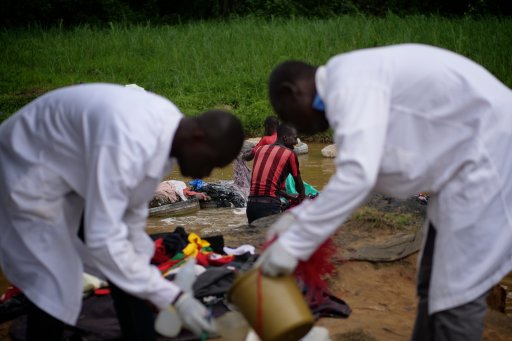 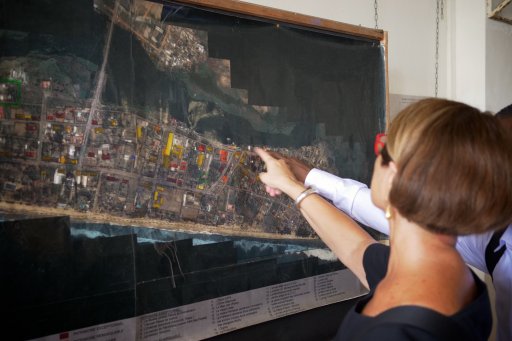 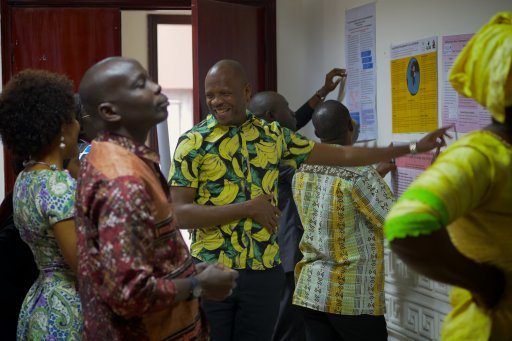