There was a time when the world was preoccupied with measurements and descriptions of development. Ironically, these either excluded or minimized the very human beings who should be at the centre of the development experience, its direct beneficiaries. Indicators such as Gross Domestic Product (GDP), per capita income or foreign exchange reserves might tell us something about the health of an economy. But they tell us little about how equitably the fruits of development are distributed. This is why the emergence and operationalization of the concept of human development was such a refreshing moment in the history of development thinking.

But even as the concept of human development was gaining traction, it never quite came to dominate the conversation. Competing for attention was the neoliberal narrative, backed by some of the most powerful actors in the global system. These actors advocated an approach to governing economies and societies that was in direct contradiction to the very idea and ideal of human development. Paul Krugman referred to this as the counter-revolution, which became the hegemonic policy framework for action in most countries around the world. The shortcomings of this revolution were evident in the past too, but they have been exposed in an unprecedented manner by the COVID-19 pandemic. It is time to reclaim the notion of a human-centred development experience in both thinking and policy-making.

It is not so much a matter of redefining human development or updating the Human Development Index in a different way. People hardly need convincing that an alternative is needed: that alternative already exists, but it needs to be pushed as the decisive framework for changing the rules of the game. Around the world, people know – without a shadow of doubt, from lived experience – that neoliberalism is simply not working. It is just that the conversations are fragmented, becoming about Greece or Spain or this or that part of Africa.

This is where the human development framework has a role to play: it can link the fragmented conversations and take advantage of the fact that institutions like the International Monetary Fund (IMF) and the World Bank are finally having to introspect. It can help ensure that this introspection does not simply lead to temporary palliative efforts but instead becomes part of the mainstream of policy-making. The starting point must be broad goals for the progress of society; the economic tools should then be adapted to help achieve those goals. Then the state needs to be retooled so that public policy-making keeps the long-term perspective in mind.

On one hand, the rhetoric of human development has gained traction and won the battle of ideas. On the other hand, the rhetoric has not translated into concrete policy. This is because decision-making about social and economic development is dominated by finance ministries and central banks, which are driven by a neoliberal logic that is antithetical to long-term development thinking. More effective engagement with such actors is essential to ensuring that human development is integral to how national medium-term expenditure frameworks are defined. Especially in Africa, governments use these frameworks to define policy, but the frameworks are controlled firmly by the IMF and the World Bank. Unfortunately, despite their lip service to human development, these global organizations are preoccupied with price, inflation targeting, and so on. Ultimately, all of this translates into a permanent state of austerity in most African countries.

Although the concept of human development is appealing and intuitive, it often comes as an afterthought. Instead of being the starting point of policy-making, it comes in only after inflation targeting and servicing of the external debt. The attention given to the Sustainable Development Goals or human development is miniscule in relation to the need to do so and is more a way of buying political legitimacy for austerity. The production of the Human Development Report is not sufficient to lift human development from its residual position to centre stage. Doing so will require building coalitions and building strategies, for example to reclaim a key role for planning ministries, a role that is currently claimed by the finance ministries. Economic policy-making and the parameters used for this will need to be wielded in the service of the social progress of citizens.

It has been 30 years since the human development perspective emerged. It has not been much longer since neoliberalism came into force. The effect of those decades has been documented poignantly by Thomas Piketty, but also in reports by Oxfam and others. The world has never been more unequal, and Africa is becoming the capital of poverty. Informalization is worsening, open slums are expanding, and people are completely locked out and excluded – they are being consigned to the dustbin of history. There is clearly a case for recalibrating the human development perspective in view of the momentous changes that have taken place over the last three decades. But what needs recalibrating is also the strategy for delivering on this perspective.

The 2008/2009 financial crisis was supposed to be the wake-up call, but neoliberalism proved to be resistant, and it was back to business-as-usual. The risks of systemic collapse only keep getting bigger, and the implications more frightening. This potential predicament should serve as an urgent call to pay as much attention to questions of strategy as to questions regarding content. An update of the human development framework needs to take place with this in mind.

Adebayo Olukoshi is Director for Africa and West Asia at the International Institute for Democracy and Electoral Assistance (International IDEA), and President of the Scientific Committee of the Council for the Development of Social Science Research in Africa (CODESRIA). He was a member of the African Union Assessment Panel and Chair of the Board of several Think Tanks, including European Centre for Development Policy Management and Open Society Initiative for West Africa. He also previously served as Director of the UN African Institute for Economic Development and Planning, as Executive Director of the Africa Governance Institute, as Executive Secretary of the Council for Development of Social Science Research in Africa, as Director of Research at the Nigerian Institute of International Affairs. 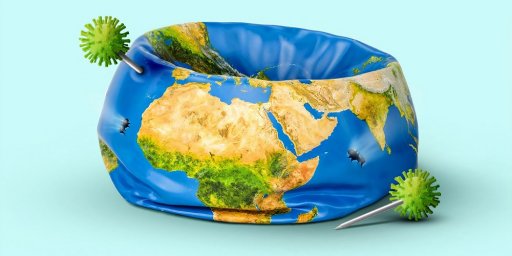