China is now the world’s largest producer of scientific articles, according to the latest statistics compiled by the US National Science Foundation, publishing 426,000 articles in 2016. This trend looks set to continue as R&D spending continues to rise to support the Government’s innovation-driven growth strategy.

We spoke to Xiaolin Zhang, former Director of the Chinese Academy of Science (CAS) National Science Library, to find out more about open access and open science in China – and the implications of the Europe-led ‘Plan S’ initiative.

Could you tell us how you got involved with the open access debate?

As you may know, the Chinese Academy of Sciences (CAS) got involved with open access (OA) very, very early on. Professor Yongxiang Lu, then President of the Academy, was the first Chinese signatory of the Berlin Declaration on Open Access to Knowledge, in December 2003 – one month after it was formally issued. CAS was an early official institutional signatory of the Declaration in 2004. That same year I became the Director of the CAS library, also known as the National Science Library. It became one of my official duties to work with the leadership of the academy to promote open access.

Since then we’ve been developing a digital library infrastructure for CAS, which has around 100 institutions across the country. Widespread access to scientific information is built in to the flesh and blood of our library. The CAS institutes also collaborate with lot of other institutes, enterprises and local researchers, and so access to scientific information has become really a critical element. It’s also often a big challenge. We realised that open access was very important to our mission to serve the Academy and the Chinese research and development communities and so we’ve had a number of OA initiatives, including the first Chinese OA week, the first Chinese institutional repository for research papers and we even hosted the Berlin 8 conference on OA access in Beijing.

What are seen as the main aims of open access for China? What’s been achieved in the last 15 years or so of initiatives to promote open access?

China has a national strategy of innovation-driven development and has been building a national innovation system which consists of its enterprises, the research institutes at all levels, and start-ups and innovation incubators, and so on. What’s more, as a national policy, China supports public entrepreneurship and innovation, but we learnt that the international publisher with largest customer base in China has no more than 500 customers here – mostly the national research institutes and the larger academic universities. That means that most of the provincial research academies, and local research parks where enterprises and start-ups are concentrated, had no access to international subscription journals such as Nature, Science or Cell, even the papers funded by Chinese public investment. We have 2800 universities, which means that even if those 500 customers are all universities, we are excluding 2300 universities. So there is a very stark contradiction. On the one hand, there’s an urgent need for China and for all of the society to access new and advanced knowledge. On the other hand, only a very small group of institutions currently have access. Most of the country, most of the members of the so-called national innovation system, have no access to new and advanced knowledge, even when it has been funded by their tax money. That’s not fair, and it’s not to the benefit of Chinese development strategy. If a country like China wants its innovation-driven strategies to be successful, it has to be sure that its innovation system has access to knowledge.

We used the data from 2016 to have an analysis of the possible benefits from open access as demanded by Plan S or OA2020 carried out. The first direct benefit will be that those blocked from access, 95% of the whole national innovation system, would now have access and the increased R&D and productivity are tremendous. The secondary ‘indirect’ benefit would be that, when we have our copyrights back and have the XML full-text copies, the capacity for verification, reproducibility, and data mining would be enhanced greatly. The third-level ‘indirect’ benefit would be the opportunities to connect the digital entities traditionally buried within the full text to all the intelligent sensing objects, objects in IoT (Internet of Things), and smart societies, to help the development of smart industries and smart services, with goal of a smart society. So the benefits of open access are not just financial, and not just research-oriented: they are for the sustainable development of society as a whole.

What has been the impact of the 2014 Chinese Academy of Sciences and Natural Science Foundation of China open access policies?

CAS and the Natural Science Foundation of China (NSFC) both issued open access policies on the same day in May 2014. Basically both require green open access. NSFC requires all papers resulting from research projects they have funded to be deposited as a post peer-reviewed drafts in their Basic Research Repository (BRR). The CAS policy says that all papers resulting from research funded by public money, no matter where it comes from, should be deposited in their institutional repositories, as author-accepted manuscripts. Both accept a 12-month embargo.  The CAS policy said it would support publishing in quality-ensured open access journals with affordable Article Processing Charges (APCs). But in fact all the funders including the Ministry of Education, the Ministry of Science and Technology and some others allow researchers to use grant money to pay APCs for gold OA.

How are repositories used at present? Are they national or institutional-level?

NSFC has its BRR for the researchers they fund. As of today, there are 587,000 papers in that repository by 890,000 authors from 1,800 institutes. CAS repositories are developed by the institutes, so there are 114 repositories from 114 institutes, containing 644,000 full-text papers in total. I don’t have the exact numbers of institutional repositories (IRs) for universities, but more than 50 universities have their own IRs. Both CAS and NSFC have allowed a 12-month embargo period, so some of the full-text papers are not available immediately.

What about open access efforts in social science fields, as we know that China is investing a lot in the development of social sciences and humanities (SSH)?

In a way, China moved faster in SSH fields. The National Foundation for Social Sciences of China has directly supported a National Social Science Database, operated by CASS, as a national, open and public platform, initiated on July 2013. It now hosts more than 1000 Chinese SSH scholarly journals with more than 4.85 million papers, including more than 200 NSSFC funded high quality research journals and 500+ key domestic scholarly journals included in three evaluation domestic ranking systems. All institutions can register and then their users can access. Personal users can individually register.

Turning to Plan S, NSTL and NSFC have said that they support the ambitions of Plan S, without signing up. Will they sign up or is it more likely that there will be a local solution for China?

First of all, I’m not in the position to really answer that question, but from what I see it’s not a question of whether or not China signs up to Plan S. We all know there are many ways to promote or implement OA. For example, the DFG (Deutsche Forschungsgemeinschaft) in Germany is very effectively promoting OA without signing up to Plan S. The position statement of NSFC makes clear that we support the request of the OA 2020 initiative and Plan S to transform research papers from publicly funded projects into immediate open access publications as soon as possible. The statement makes clear that China supports a wide range of flexible and inclusive measures to achieve this goal and so, I think those organizations stand together in principle with Plan S, but in terms of what they will do I think there may be one or more local actions toward the same goal. Whether or not you sign up to Plan S is not a test. There are a lot of details still to come out about Plan S, and it will be interesting to see the updated implementation guidelines.

The National Science Library and the China National Science and Technology Digital Library (NSDL) have both signed the OA2020 Expression of Interest. I know of a further twelve Chinese libraries that have done the same.

You’ve previously called upon publishers to start negotiating ‘read and publish’ agreements with Chinese libraries. Has this started?

At this point I can only say that there are discussions. We hope that you will be able to read some news about that in the not too distant future! Both sides need to make efforts to plan and implement, and we do understand that.

What do you hope to see in the next 10 years of open access in China?

I think that in 10 years’ time we will see the realisation of almost complete and immediate open access to publicly funded research, especially for journal articles, because of the push for innovation-driven development for the Chinese economy and society.

There has been a huge push from the Government for ‘supply-side’ structural reform in terms of research and technology; there is an increasing demand for return on investment, and for the widespread participation of research and development in society. Added to the direction of international movements and the importance of the Chinese position in the international research environment, I really don’t think that anyone can afford to wait more than 10 years (or even fewer years) to have this [full and immediate open access to publicly funded research] realised.

But we are also expecting much more than that; we are expecting to see an open science environment. The Chinese Ministry of Science and Technology and the Ministry of Finance issued a directive in 2017 requiring for public sharing of publicly funded research equipment and facilities, particularly to support start-ups and small- and medium-sized enterprises (SMEs), and institutions are being monitored on whether they are complying. China has also been developing lots of incubators for start-ups and initiatives to enhance the innovation capability of SMEs. The people in the incubators don’t just need articles, they also need access to data, to research equipment and lab facilities and so on. There is also a 2018 directive by the State Council about research data management and public sharing, requiring that at least some research data should be shared publicly. With these things all coming together I think that there will be a fast development of what we call an open-science-enabled society.

China has 800 million internet users and the majority of them are quite young; China had 8 million university graduates last year. They are all capable, in today’s environment, of participating in research and innovation and development. Just as open access is taking off, I think that open science will see a gradual and then a really fast acceleration in the next ten years. 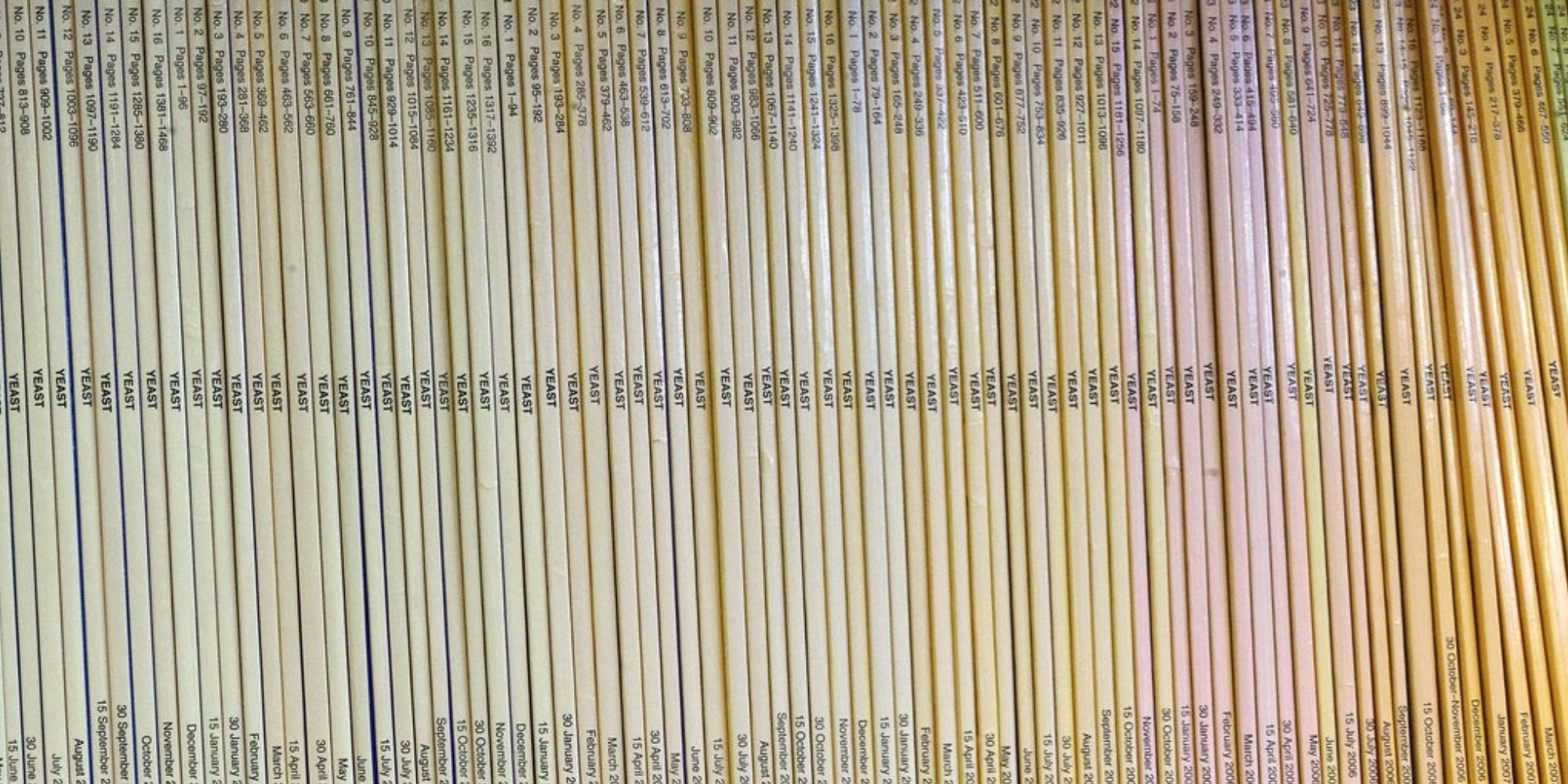 Business Models and Market Structure within the Scholarly Communications Sector 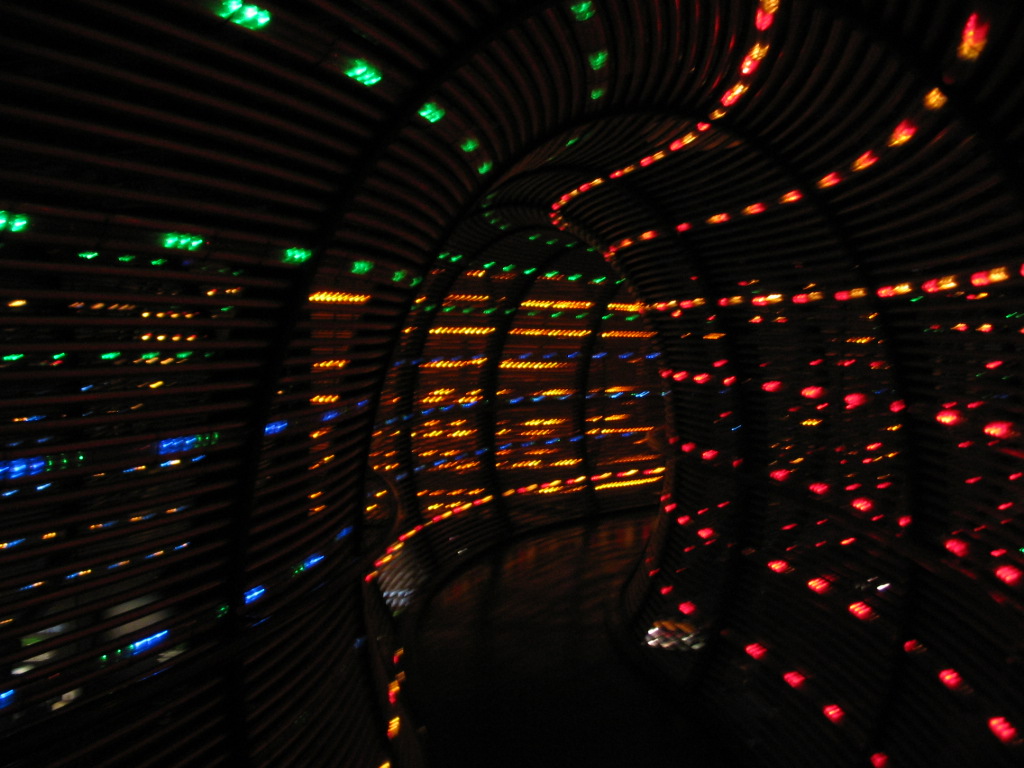 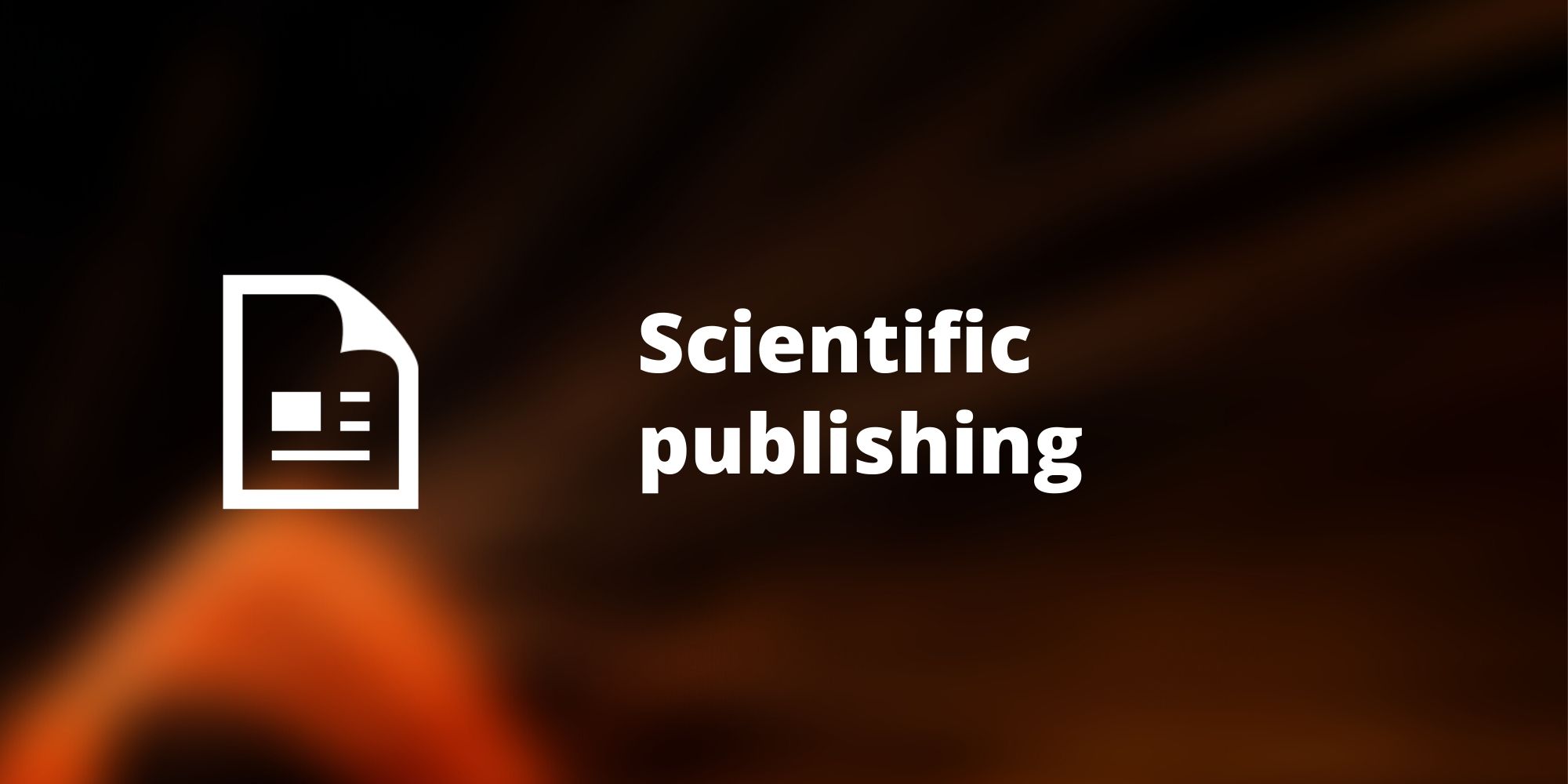 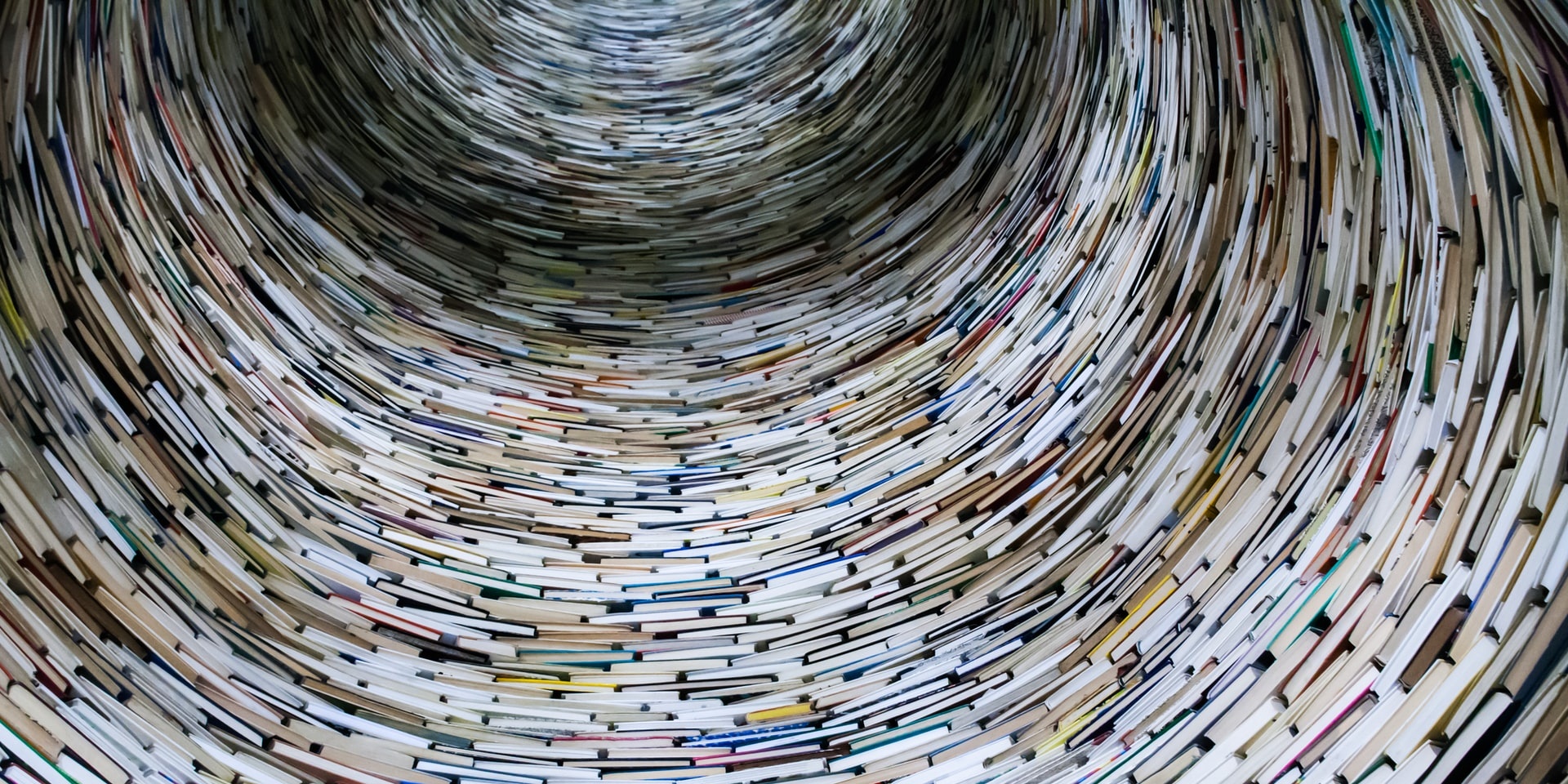 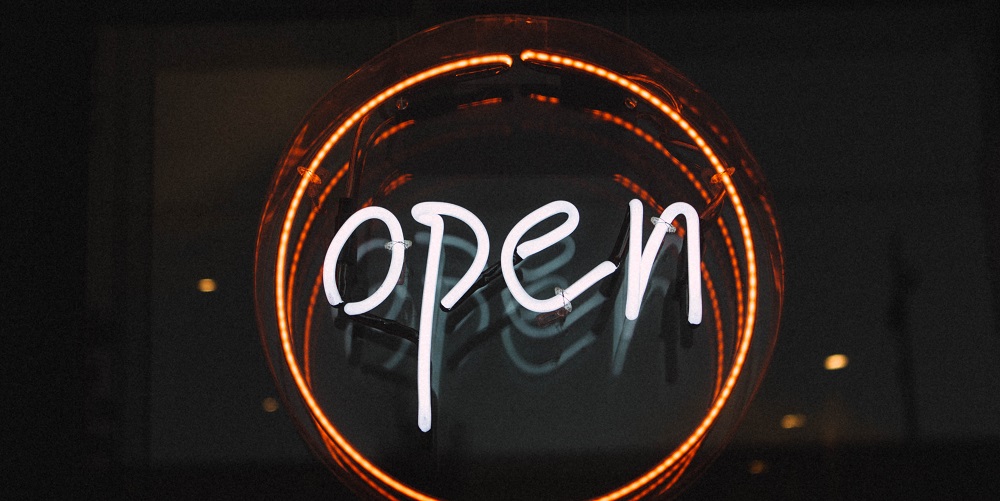 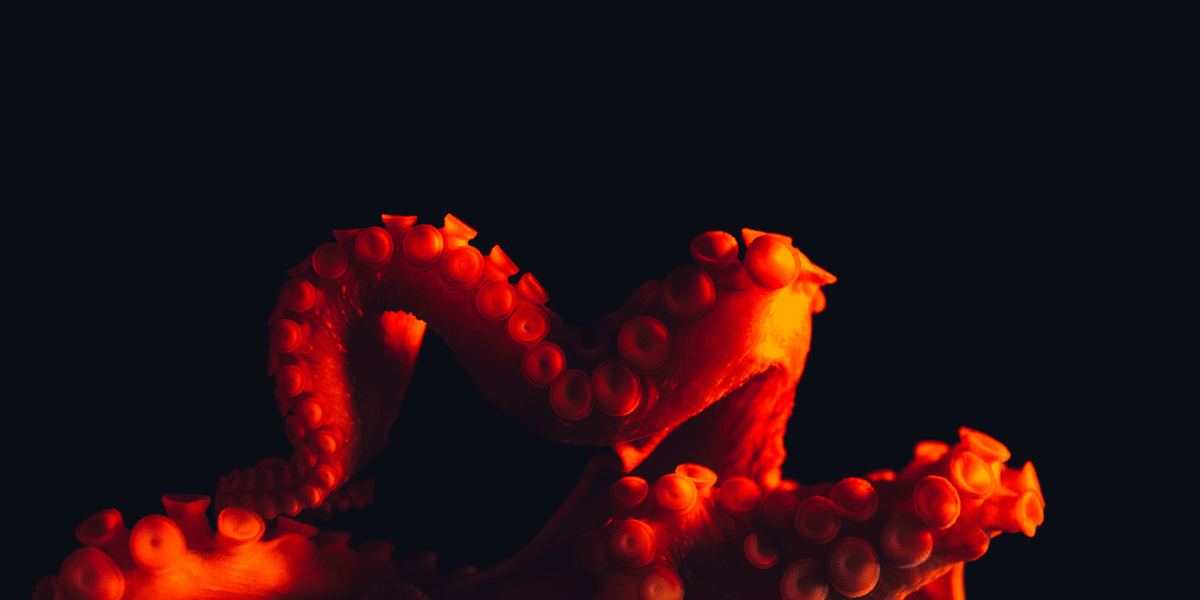 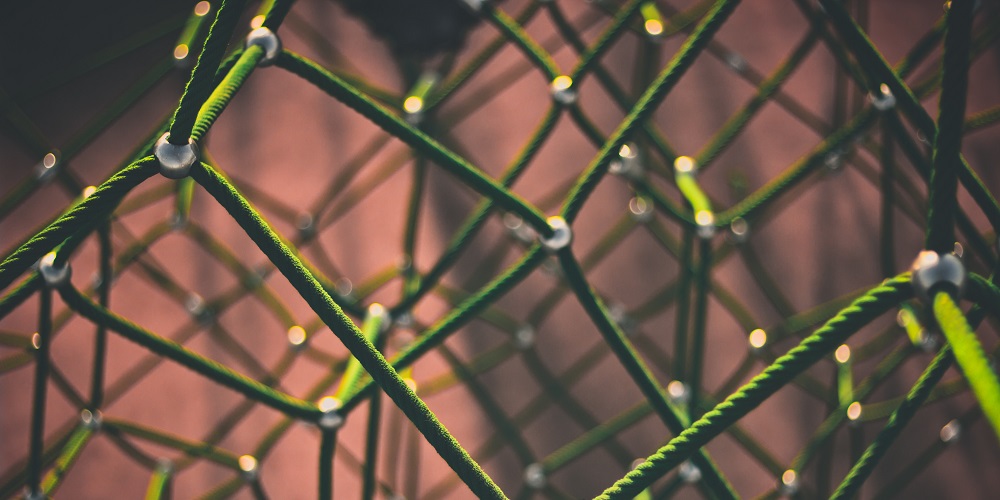 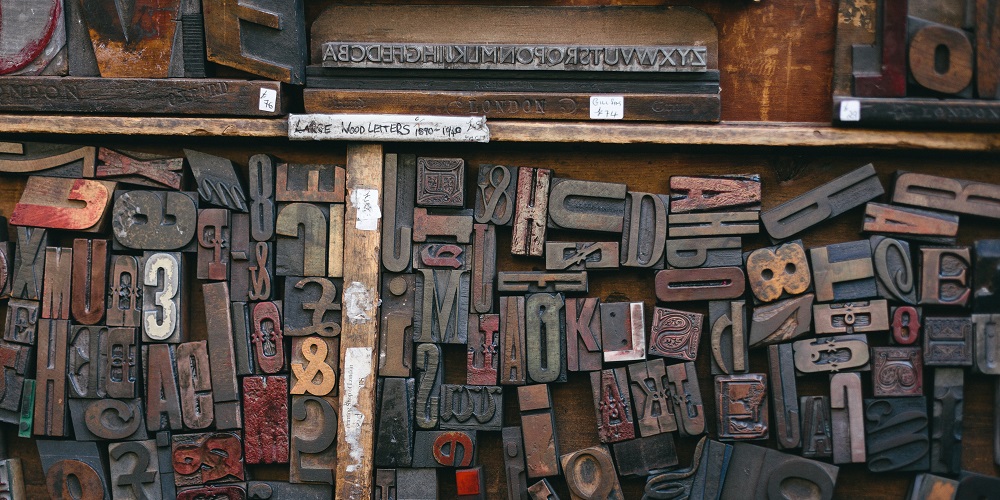 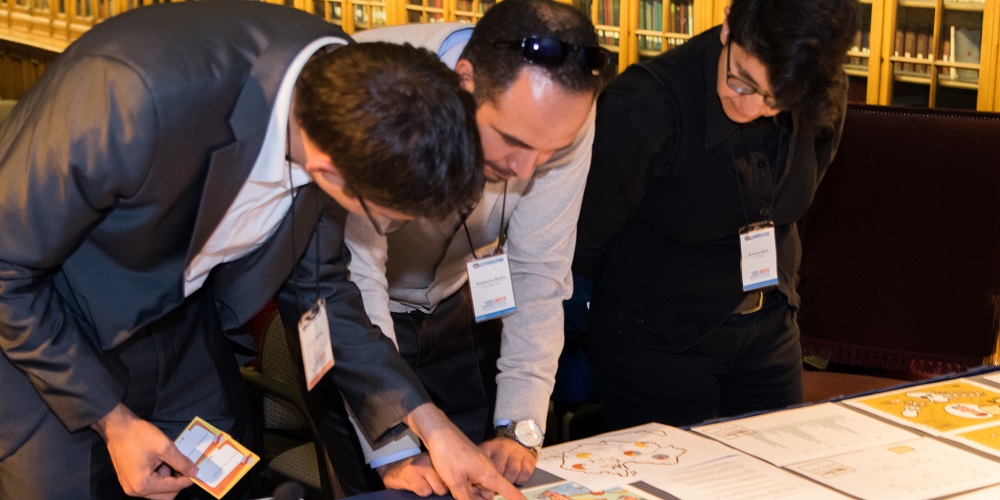 Plan S is a grand plan, but the devil is in the detail: Robin Crewe on Open Access in South Africa 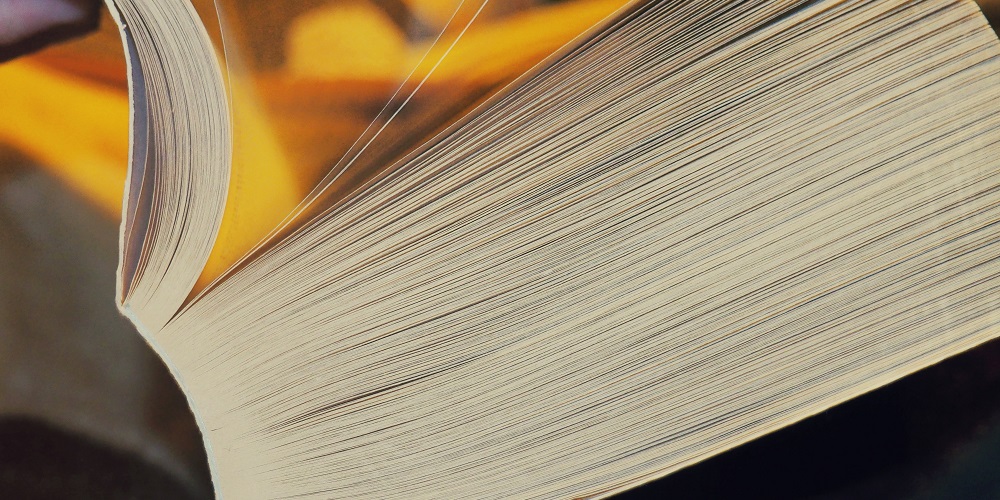 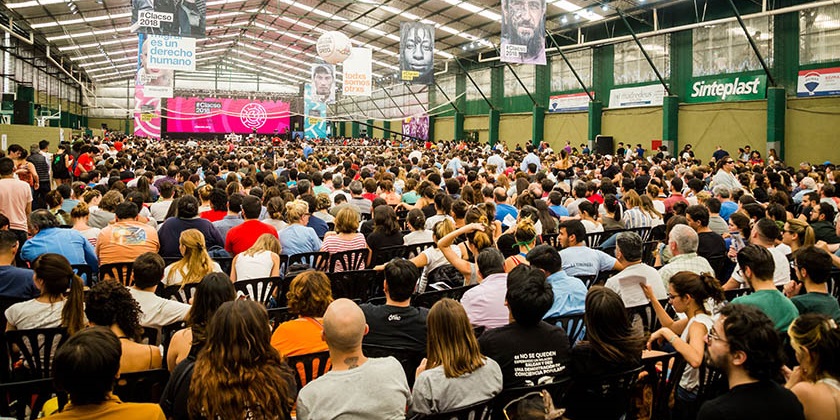 Plan ‘S’ must listen to the scientific and scholarly community: Interview with Luke Drury 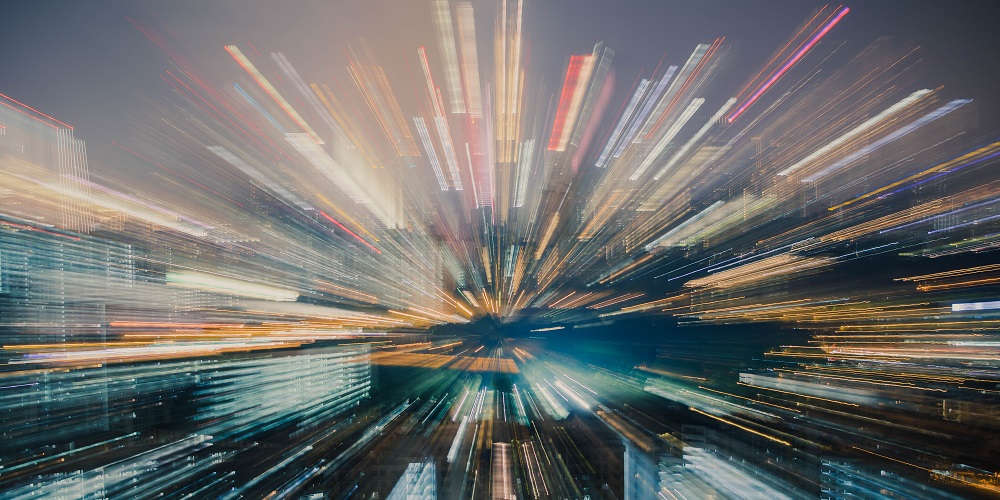 Could Plan S be a turning point for global Open Science? Interview with Robert-Jan Smits