Academic freedom is widely championed as the foundation of a good university. It is seen as vital in speaking “truth to power” – to borrow from influential political philosopher Hannah Arendt – and in ensuring universities are oriented towards the common good, not select elite interests.

Academic freedom also ensures universities can lead research, education and public debates that are responsive to today’s global challenges and crises, ensuring their relevance in a volatile and complex world. In this way, universities help prepare graduates not simply for a career but also for a meaningful life in our “uncertain and unequal world”.

The latest special issue of Australian Universities’ Review is devoted to Academic Freedom’s Precarious Future. Contributing authors identify how the pressures on universities in Australia and overseas are hindering academic freedom. The consequences are dire and broad-ranging. These trends raises questions about just who, and what interests, universities are intended to serve.

Under this shadow, this special issue asks: what are the conditions in which academic freedom can flourish?

Entangled with corporate and political interests

Since their foundation in the 19th and early 20th centuries in Australia, universities have been tied to the political concerns of the settler colonial nation state and the economic interests of global capitalism. Settler colonial power has always ensured its interests are woven into the fabric of universities (alongside other institutions). The rise of corporate and neoliberal agendas over recent decades has reinforced these dynamics.

Universities have become further entangled with vested interests, including the private sector and philanthro-capital, such as the controversial Ramsay Centre for Western Civilisation. As Andrew Bonnell and Richard Hil set out in this special issue, these developments enable corporate and political influence across research, curriculum and the very infrastructure of university campuses.

The spread of neoliberal managerialism has also created a workplace culture of hyper-surveillance. This includes rigid performance appraisals, the use-value of research assessed via “impact” criteria and other metrics, as well as student evaluations that can affect educators’ careers. This bears down upon university staff and crushes academic freedom.

Such practices have emerged alongside what Jeannie Rea describes as increasingly precarious work and funding. Academics are encouraged to compete with – rather than care for – one another. This erodes collegiality and collective organising.

These workplace conditions and culture are at odds with the pursuit of academic freedom. Yet rather than turning the spotlight on the structural forces that curtail it, conservative interests frequently hijack debates about academic freedom. This distracts attention from the very real freedoms that are under threat, as Rob Watts argues.

A crucial issue in times of crisis

Crisis is now all too familiar, threatening ecologies, human life and livelihoods. We are grappling with the climate emergency, the COVID-19 pandemic, structural racism, sexual violence and more. These are all redefining our relations with one another, including both the human and non-human world.

In the midst of such crises, contributors to this special issue consider the purpose and responsibilities of universities, as well as the rights and interests they might support. The defence of academic freedom is identified as being vital to, and intertwined with, teaching, research, advocacy and service that are responsive to the conditions of our volatile world.

Academic freedom can provide the mandate for universities – their staff, students and graduates – to move through the world with purpose, care, and even love. This includes acting on the responsibilities that come with recognising that universities are part of, and in relationship with, diverse ecologies, people and the unceded territories on which they sit.

Freedoms and Responsibilities in Science

For science to progress efficiently and for its benefits to be shared equitably, scientists must be afforded scientific freedoms.

This includes individual freedom of enquiry and exchange of ideas, freedom to reach scientifically defensible conclusions, and institutional freedom to apply collectively scientific standards of validity, replicability and accuracy.

Creating the conditions for academic freedom

Jeannie Rea describes the vital work of Scholars at Risk in defending academic freedom. They include those who speak out against military, religious and state regimes, often jeopardising their lives to do so.

Gerd E. Schroder-Turk provides the compelling case for good governance. His essay includes a critique of the ways university councils are able to self-select external members. As a result, universities are increasingly governed by those with little expertise in teaching and research.

Peter Greste and Fred D’Agostino differentiate academic freedom from broader freedom of speech debates. They then consider some of the responsibilities that might underpin academic freedom.

In the afterword to this special issue, Canadian scholar Sharon Stein (and member of the Gesturing Towards Decolonial Futures collective) sets out the conditions in which academic freedom may flourish. This includes valuing diverse knowledges, practising intellectual humility and embracing difficult conversations. It also includes acknowledging our interdependence with one other, and with the non-human world.

The hope is this special issue moves academics, policymakers and diverse publics towards engagement with these ideas, leading to outcomes that support the conditions needed for academic freedom to flourish. This will be vital if universities are to have purpose and a meaningful place in facing the uncertainties of our lifetime.

This blog first appeared in The Conversation.

Photo by CX Insight on Unsplash

Each author and interviewee is responsible for the facts and opinions expressed in this content, which are not necessarily those of the ISC or its partner organizations.

Call for input on key Discussion Paper: Freedom and Responsibility in the 21st Century 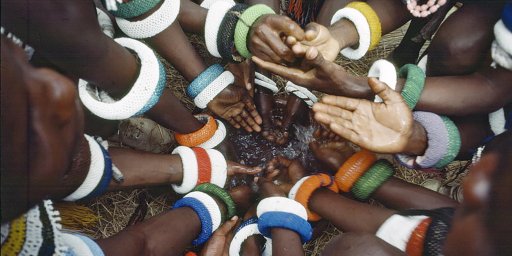