The United Nations International Day of the World’s Indigenous Peoples is marked every year on 9 August. It is an important opportunity to celebrate the unique knowledge and cultures of indigenous populations, and to raise awareness of the needs of these marginalized groups.

There are an estimated 476 million indigenous peoples living in 90 countries around the world. These diverse populations hold a vast range of cultures, traditions, languages, and knowledge systems which have long attracted academic interest from the global research community. The study of indigenous practices, histories and world views has served to improve cross-cultural understanding, as well as advancing our understanding of human evolution and biology. Yet, throughout history, the rights and freedoms of indigenous peoples have been violated in the conduct of scientific research, both at a societal level and by individual researchers.

The International Science Council (ISC) aims to protect and uphold the free and responsible practice of science in order to achieve its vision of science as a global public good. Members of the ISC agree to uphold this Principle of Freedom and Responsibility, as enshrined in the ISC’s Statutes and Rules of Procedures.

ISC Statute 7: The Principle of Freedom and Responsibility

The free and responsible practice of science is fundamental to scientific advancement and human and environmental well-being. Such practice, in all its aspects, requires freedom of movement, association, expression and communication for scientists, as well as equitable access to data, information, and other resources for research. It requires responsibility at all levels to carry out and communicate scientific work with integrity, respect, fairness, trustworthiness, and transparency, recognizing its benefits and possible harms. In advocating the free and responsible practice of science, the Council promotes equitable opportunities for access to science and its benefits, and opposes discrimination based on such factors as ethnic origin, religion, citizenship, language, political or other opinion, sex, gender identity, sexual orientation, disability, or age.

The ISC’s Committee for Freedom and Responsibility in Science (CFRS) is the guardian of this Principle. CFRS works with ISC Members to uphold and protect the freedoms that scientists should enjoy, and the responsibilities they carry, while engaging in scientific practice. This includes monitoring and responding to threats to scientific freedoms around the world, and advising on responsible practice in scientific research. As part of its mandate to promote the free and responsible practice of science, CFRS also works with a range of partners to identify and address issues affecting global science systems, such as the marginalisation of various groups. Combating Systemic Discrimination in Science is an ongoing project that aims to determine concrete steps towards equality for all those participating in scientific research, including indigenous peoples.

Over recent years, there have been various important attempts to address the mistreatment of indigenous peoples. At the international level, these efforts include the adoption of the United Nations Declaration on the Rights of Indigenous Peoples and advisory bodies such as the Permanent Forum on Indigenous Issues. These serve as important resources for scientists considering research projects with indigenous peoples around the world.

The United Nations Declaration on the Rights of Indigenous Peoples was adopted in 2007 by 144 States. Today, it is the most comprehensive international instrument on the rights of indigenous peoples, with wide-reaching implications for different stakeholders in society. While the Declaration emphasises the equal entitlement of indigenous peoples to all existing human rights and fundamental freedoms, it elaborates on these standards as they apply to the specific needs of indigenous groups.

For researchers, the Declaration details the rights that must be considered in the pursuit of scientific knowledge. According to Article 31:

While it is the responsibility of States to take effectives measures to recognize and protect the exercise of these rights of their indigenous populations, researchers have a personal responsibility to ensure that they meet the requirements of these measures, both in their own country and in the country in which they intend to conduct their research. This includes meeting the ethical standards established by all States involved a research project, in accordance with the Universal Declaration on Bioethics and Human Rights.

This International Day of the World’s Indigenous Peoples, the ISC supports the UN’s call for a new social contract based on genuine participation and partnership that respects the rights, dignity and freedoms of all. The Council affirms that the right of indigenous peoples to participate in decision-making in scientific research is a key component in achieving reconciliation, and in realizing the vision of science as a global public good.

Call for input on key Discussion Paper: Freedom and Responsibility in the 21st Century 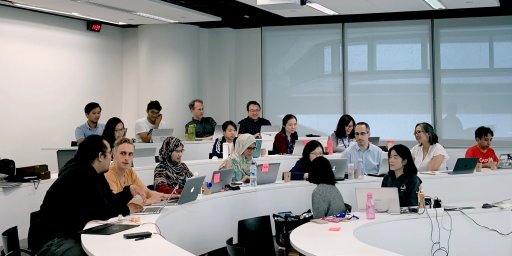