INGSA’s mission is to provide a forum for policymakers, practitioners, academies, and academics to share experience, build capacity and develop theoretical and practical approaches to the use of scientific evidence in informing policy at all levels of government.

INGSA is the product of converging conversations, complementary ideas and parallel policy innovations. In 2012, a Nature commentary by Doubleday and Wilsdon struck a timely chord for many working at the science-policy interface. For Steven Wilson, then the Executive Director of the ISC’s predecessor organization the International Council for Science (ICSU), it was a call to action. He asked Sir Peter Gluckman, Chief Science Advisor in New Zealand, to chair a working group to have an initial meeting on the issue in conjunction with the 2014 ICSU congress in Auckland, New Zealand. The result was the Science Advice to Governments international conference held in Auckland at the end of August 2014.

This initial conference was attended by high level practitioners, academics, students and government officials alike. It made key debates in the practice of science advice accessible in a way that other global fora had not done. The Auckland conference ended with a resounding call for the formation of a network to continue discussion and promote the exchange of ideas and experiences, particularly in key areas such as: critical analysis of the variety of mechanisms for science advice (both formal and informal), taking into account local contexts, cultures and histories; capacity building at the interface of science and public policy, especially in developing economies; science advice and the role of practitioners in the context of crises and emergencies; planning for joint events and activities internationally.

In response, the conference steering committee was expanded, diversified and re-cast as a Network Development Group. Now known as the Advisory Panel, members bring a wealth of knowledge and experience as well as strong links into a variety of scientific and policy communities within and across jurisdictions globally. The International Network for Government Science Advice (INGSA) was subsequently established under the auspices of ICSU (now the ISC) to create a unique network of practitioners and researchers interested in progressing the evidence-policy interface.

⭐ The ISC and INGSA

The INGSA secretariat operates out of the Office of the Prime Minister’s Chief Science Advisor in New Zealand under the aegis of the ISC. The ISC acts as a trustee of INGSA funds and provides validation of its strategy and governance arrangements. INGSA has established regional chapters for Africa, Asia-Pacific, and Latin America and the Caribbean to strengthen INGSA’s international reach. Their aim is to strengthen science advisory capacity in developing countries, by raising awareness, sharing knowledge and practices, supporting training, and research. These three INGSA regional chapters are coordinated by the ISC regional offices. The ISC also contributes to the development and approves strategy and activity plans, as well as associated budgets.

The ISC’s predecessor organization ICSU and INGSA successfully applied for funding to the International Development Research Center (IDRC) for a three-year project (2017-2019) aiming to create the competencies and conditions for better use of science-based evidence to inform public policy, especially around the SDGs. As part of this project, INGSA has ran regional workshops, training, and research grants.

An ISC-INGSA Occasional Paper on the development of a training module on science advice and diplomacy for the ISC community and Members.

Image by Sam Moqadam on Unsplash 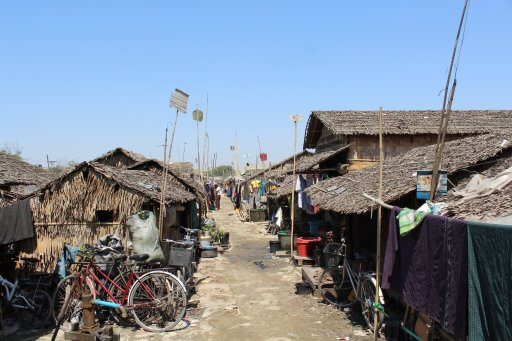