From 1992 – 2015, ICSU (our predecessor organization) had been continuously involved via multiple mechanisms and its partner organizations to push for a sound scientific basis for the goals. Since the goals were adopted by the world’s governments in 2015,  we have continued to argue for science to have a strong role in their implementation, notably via the mechanisms described below.

The ISC develops special independent reports which bring together a broad range of scientific disciplines and communities. One of our most impactful reports, A Guide to SDG Interactions: From Science to Implementation, is intended to be a tool for national policy-makers and other stakeholders to understand and explore the interactions between SDGs and their targets.

SDG midterm review: what have we learned from implementation to date? How can we fast-track progress?

Enhancing Policy-making During an Emergency: Lessons Learned from the COVID-19 Pandemic

Building back better from the coronavirus
disease (COVID-19) while advancing the full
implementation of the 2030 Agenda for
Sustainable Development.

The paper sets out ways to advance progress on the SDGs throughout the Decade of Action while living with and through the COVID-19 pandemic and underscores the urgent need to address existing scientific evidence and move from plans to action.

Strengthening the Institutional Framework for Sustainable Development was one of the two themes of Rio+20. Agreement was reached at the summit to establish a high-level political forum (HLPF) as the new deliberating body for sustainable development in the UN. The UN General Assembly in September 2015 asserted that the High-Level Political Forum will have a central role in overseeing a network of follow-up and review processes of the 2030 Agenda at the global level, working coherently with the General Assembly, the Economic and Social Council (ECOSOC) and other relevant bodies. It also decided that for the purposes of the thematic reviews of progress on the 2030 Agenda, the HLPF shall follow a four-year review cycle, while reflecting the integrated, indivisible and interlinked nature of the SDGs and three dimensions of sustainable development.

Every four years the HLPF will meet at the level of heads of states and governments in the context of the annual meeting of the UN General Assembly. In the three preceding years of the four-year cycle, the HLPF will meet in the context of the annual session of ECOSOC.The review of progress implementing the SDGs to be undertaken by the HLPF will be based on voluntary national reviews to be organized by governments and other relevant written input, including input prepared by non-governmental stakeholders. UN member states are encouraged to each carry out two voluntary national reviews at the HLPF between 2015 and 2030.

The UN General Assembly also decided that meetings of the HLPF shall be open to the major groups and other relevant stakeholders.The HLPF shall be informed by the quadrennial Global Sustainable Development Report and the annual Sustainable Development Report prepared by the UN Secretary General in cooperation with the UN system. The annual summary of the discussions by the co-chairs of the multistakeholder Forum on Science, Technology and Innovation for the SDGs, as well as other relevant reports and documents shall be feed into the work of the HLPF.The first meeting of the HLPF took place in June 2016 at the UN in New York. The second meeting took place in July 2017 at the UN in New York.

The first meeting of the HLPF convened at the level of heads of state and government is to be held in 2019. The ISC is working to inform and contribute to the discussions at the annual meetings of HLPF by submitting position papers on behalf of the Scientific and Technological Community Major Group, in cooperation with the World Federation of Engineering Organizations (WFEO), facilitating attendance of scientists from the ISC community and organising side events on the thematic issues under review by the HLPF.

Forum on Science, Technology and Innovation (STI) for the SDGs

The Forum, inaugurated in 2016, is one of the four key elements of the Technology Facilitation Mechanism (TFM) established by the Addis Ababa Action Agenda, agreed at the Third International Conference on Financing for Development in 2015. The other three elements are:

The STI Forum to be held annually prior to the meetings of the HLPF is the only STI dedicated body with a formal link to the HLPF. It is a multi-stakeholder forum with participation of government representatives, scientists, STI experts, as well as civil society and business representatives. The Forum is mandated to discuss science, technology and innovation around the thematic areas under review in the HLPF. The outcome of these discussions is fed into the subsequent HLPF meeting. Responsibility for the preparation of the programme of the Forum is with the IATT and the 10-Member Group.

Currently, the ISC Chief Executive Officer is a co-chair of the 10-Member Group. The ISC participates in the meetings of the Forum and facilitates participation of scientists from its Interdisciplinary Bodies as panellists and speakers.

HLPF 2018 and the launch of the Science X HLPF newsletter

In response to strong demand from our knowledge partners to step up coordination of the scientific community at HLPF, a pop-up newsletter service was launched in 2018 dedicated to reporting on HLPF for the ISC networks, members and partners.

Each edition contains original content explaining the background to, and processes associated with the HLPF, plus community information on science-themed events at the UN during HLPF. During HLPF, there will be a daily reporting sent to subscribers. You can sign up for the service below.

History of ICSU’s involvement in the SDG process

Throughout the process to define the Sustainable Development Goals, the International Council for Science (ICSU) and its partner organizations have continuously pushed for a sound scientific basis for these goals and a strong role for science in their implementation.

The development of the SDGs was mandated at the Rio+20 summit in 2012, where ICSU and the World Federation of Engineering Organisations (WFEO) worked as the organizing partners for the scientific and technological community major group. During the Rio+20 preparatory process, the scientific and technological community strongly supported the proposal by Colombia and Guatemala to include among the recommendations to be adopted by the summit the development of universally applicable SDGs.

In preparation for the adoption of the Rio+20 outcome document “The Future We Want”, ICSU coordinated inputs from the leading research programmes on global environmental change that culminated in the Planet Under Pressure conference (London, March 2012) which produced a number of policy briefs for Rio+20. ICSU, in cooperation with UNESCO and other partners, organized the international forum on science, technology and innovation for sustainable development which brought together many leading international scientists, policy-makers, industry, NGOs, journalists and youth from more than 75 countries to explore the key role of interdisciplinary science and innovation in the transition to sustainable development, a green economy and poverty eradication. Future Earth was launched at Rio+20 as a major new platform for catalyzing research to achieve a transformation towards global sustainability.

The UN-led process to develop the SDGs was open and inclusive, involving an extensive consultation of stakeholders. Throughout the process, ICSU has worked closely with its research programmes like Future Earth, IRDR, Urban Health and Wellbeing and the other official organizing partners of the scientific and technological community, ISSC and WFEO, to facilitate input from the scientific community. ICSU particularly contributed the following:

Scientists have strongly mobilized around the SDGs and have taken the measure of the importance of the consensus achieved globally on a set of goals for people and the planet. However, achieving this ambitious agenda will require strengthening the science-policy interface to promote stronger and more systematic collaboration between scientists, policy-makers and societal groups. In this regard, science should not only be recognized as an observer, but also as an advisor and a partner to promote evidence based decision-making, as highlighted also by the UN Scientific Advisory Board. To this end, ICSU will continue to contribute to the preparation of the Global Sustainable Development Reports (GSDRs) in the coming years, alongside other activities to strengthen science advice to governments. 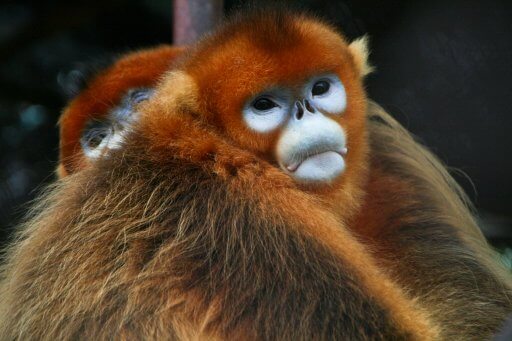