The 2022 World Science Forum explores the theme ‘Science for Social Justice’ and will consider how principles of social justice should be upheld by science and scientists. The International Science Council has taken part in the preparations for the event as a partner organization and ISC President Peter Gluckman served as a Member of the conference Steering Committee, and is delighted to have an ISC Delegation, including Board and staff Members, present in Cape Town for the event.

In October 2022, the Governing Board of the International Science Council announced its decision to appoint Dr Salvatore Aricò as Chief Executive Officer of the ISC. Dr Aricò, who succeeds Dr Heide Hackmann as CEO, will take up his appointment in January 2023.

With 30 years of international scientific experience, including as Head of Ocean Science at the Intergovernmental Oceanographic Commission (IOC-UNESCO), Executive Secretary of the United Nations Secretary-General’s Scientific Advisory Board, Senior Visiting Research Fellow at the United Nations University and Chief of Programme at the Convention on Biological Diversity, Salvatore brings a unique set of science, policy and diplomacy skills, perspectives, and relationships that will lead the ISC into the future.

The full ISC Delegation to the Forum

How the ISC has been preparing for the event

For this first event of the Global Knowledge Dialogue, the ISC will explore three broad angles. Firstly, the Council in the context of its Members, consisting of a discussion between the ISC leadership, ISC Fellows, and ISC Members on the strategic and organizational objectives of the ISC for the next five years. Secondly, science in the global context, which will aim to promote diversity in science and science systems. Thirdly, the ISC in a regional context, consisting of a dialogue to co-design the global voice for science in Africa, specifically looking at key priority areas for strengthening science systems in Africa and the role of an ISC regional focal point.

Join our sessions at the World Science Forum

Visit us any time at stand 321 in the Exhibition Hall

The ISC will be at Expo Stand 321 at the Cape Town International Convention Centre (CTICC). Come by and enter the competition to win a year’s subscription to a journal of your choice and pick up an ISC button. You’ll have a chance to meet with ISC President Peter Gluckman and new ISC CEO, Salvatore Aricò (6-7 December only).

You can also visit the ISC-Organization for Women in Science for the Developing World (OWSD) film festival at stand 203. Take a break and watch the Women in Science Film Festival and the ISC’s Unlocking Science series from our BBC StoryWorks partnership and Transformations to Sustainability films. The OWSD-ISC partnership has also supported exceptional scientists and researchers from Africa who lead OWSD country chapters to take part in the ISC’s Global Knowledge Dialogue, happening on 5 December (see above).

Image by Tobias Reich on Unsplash 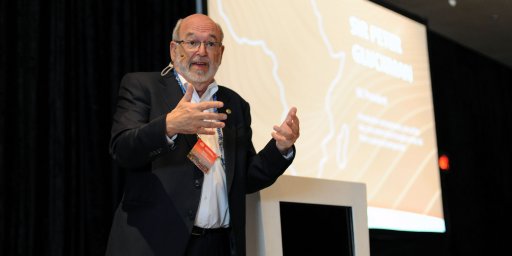